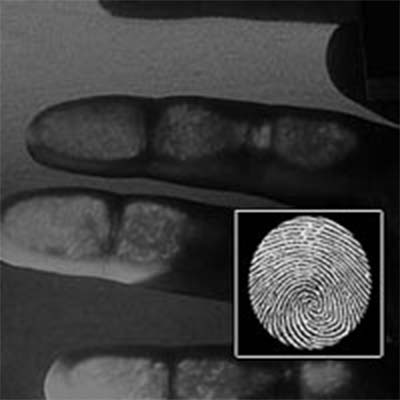 Biometric multitouch interface technology, similar to the concepts showcased in Hollywood blockbuster Sci-Fi movies such as Minority Report, are still relatively new. Zyris set out to create a multitouch biometric interface that can recognize the difference between each user and each user’s touch inputs.

The Problem We Are Solving

Many existing touch screens can only tell the multitouch system that a gesture is being made and that multiple touch inputs are being made on the display screen by a user. What they cannot do is tell the difference between each of the different touch points on the device. In addition, consumer based biometric touch interfaces have only recently been made available in devices such as mobile phones and security devices. Few real world hardware applications allow multiple users to interact with the device while recognizing the difference between each user, their inputs, nor can it serve specific information to specific biometric signatures.

The Technology We Innovated

Zyris created a high-resolution touch point recognition system. This essentially means that our technology can identify, capture, store, and refer to biometric signature data, such as the points and patterns of a fingerprint at near-real-time (between 10 to 250ms) speeds. We can further enhance the system’s performance by enrolling pre-existing biometric data (training, adding, or storing biometric reference data) to the biometric identification system, where then the technology can return specific data more quickly.

The proprietary technology is currently in research and development and is being tested in a variety of applications such as healthcare, life sciences, security, defense, and consumer products.

Are you ready to accelerate your business?

Let’s evaluate your strategy together.

The process of developing software for your business shouldn’t be complicated or managed by a team that shrouds the development inside a black box. This is a fantastic opportunity for your team to get involved in launching your business to the next level in today’s digital era! At Zyris, we’re here to help you accomplish just that. Send us your details and let’s strike up a conversation about how we can strap those rockets onto your little Red Wagon.